The only image worth posting this month is in this post.

Every large city no doubt has its fair share of introspection but as a (relative) outsider to Stockholm I’ve always felt Stockholm’s has been a bit over the top. Probably because the entirety of Sweden’s population is hardly bigger than a “real” big city like London or Paris, the capital has to do double duty as something for locals and the focus of the nation.

Most libraries here have a section called Stockholmiana where books on street names etc are shelved.

So exhibits of photographs of Stockholm are usually very popular. Here were the greatest hits from the giants of Swedish photographers like Christer Strömholm and Lennart Nilsson, along with newer works. Weirdly there’s very little color. The genius loci of Stockholm is apparently only visible in B&W. 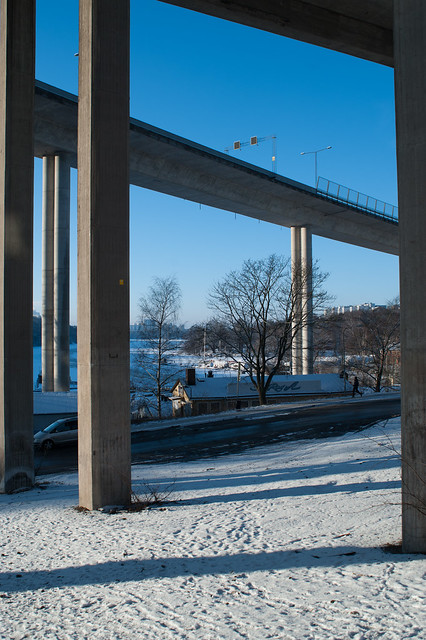 This photo was taken under Skanstullsbron, the construction of which was subject of one of Nilsson’s images from the exhibit. It’s a nice connection I think!