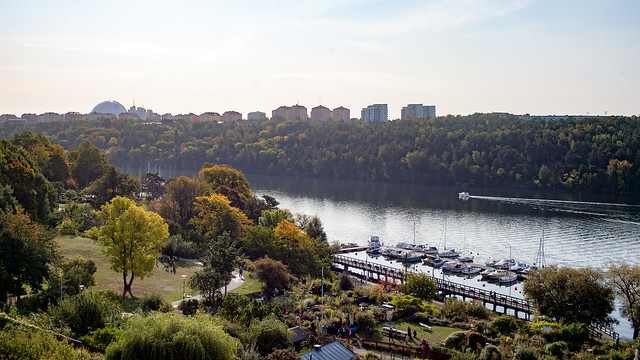 Written shortly after the tragedy, this is a very 1970s book. The author describes himself unapologetically as a “WASP”, for example, which would probably not fly these days.

It’s long on descriptions but short on analysis. The descriptions however are pretty horrifying. If you ever feel like taking up ocean racing maybe read this first.

Re-reading Dune and Heretics of Dune

Based on my memories I first read it in 1988 or so. The first novel in the series I read was actually Heretics of Dune (published in 1984) which I borrowed from the library in Halmstad. This must have been in 1986 or ‘87. I’ve long realized that it’s not a huge deal to read some novel series out of order - especially ones that are so self-contained as the Dune novels. Heretics takes place 5,000 years after Dune, after all.

Anyway, if you’re only going to read one Dune novel, the first one is the best. It has all the goodies - the worldbuilding, the Hero’s Journey, the tight plotting and good use of language. Even the 1960s elements have aged well - while standards like telepathy are there they’re only mentioned in passing, and the central idea of prescience is part of the plot and well handled there.

I wonder what the movie will do with the implicit connection of the Fremen with modern-day inhabitants of the Middle East. While using terms like jihad was merely a frisson in the original, they take on a darker tone in today’s climate - at least among the less enlightened. I suspect the projected 2-parter will not emphasize the jihad Paul foresees throughout the novel and instead focus on the thrilling twists and turns.

After Dune I decided to re-read Heretics. There’s almost 20 years between the novels, and it’s clear that Herbert has picked up a lot of contemporary SF tropes in the meantime. The tech in Dune is almost indistinguishable from magic - devices such as suspensors and personal shields were never explained, instead added to impart flavor - and to enforce the quasi-medieval setting of the universe.

Heretics is much more explicit in its descriptions of space travel, weapons and other technology, but not in a way that feels dated. However, the novel is marred by long stretches of interior dialogue, where the protagonists muse about religion, history, and fate in excruciating detail. While I admire Herbert for bringing in female protagonists (in the form of the Bene Gesserit sisterhood), they’re really not that interesting as characters.

I consider Dune a bona-fide SF classic and anyone interested in the genre should read it. But don’t feel pressured to read more from Herbert’s universe.