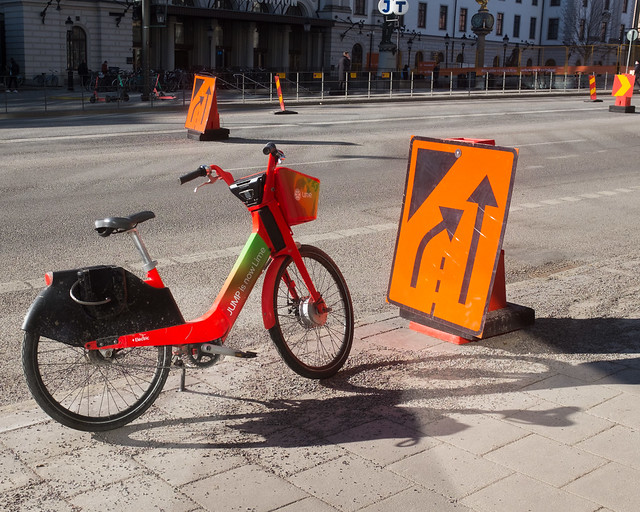 Confessions of a Long-Distance Sailor by Paul Lutus

A self-published book available online recounting the author’s solo round the world sail.

A worthy entry in the long roster of such accounts.

One year since WFH started

One year since WHO declared a pandemic

Libra Shrugged: How Facebook’s dream of controlling the world’s money crashed and burned by David Gerard

A short account of how Bitcoiners tried to create a Facebook currency and how the rest of the world reacted.

The Eighteenth Brumaire of Louis Bonaparte by Karl Marx

Come for the class analysis, stay for the bon mots.

It’s probably fitting that the only way obscure French politicians are remembered today is through their skewering in this piece.

Hegel remarks somewhere that all great world-historic facts and personages appear, so to speak, twice. He forgot to add: the first time as tragedy, the second time as farce. Caussidière for Danton, Louis Blanc for Robespierre, the Montagne of 1848 to 1851 for the Montagne of 1793 to 1795, the nephew for the uncle. And the same caricature occurs in the circumstances of the second edition of the Eighteenth Brumaire.

The period that we have before us comprises the most motley mixture of crying contradictions: constitutionalists who conspire openly against the constitution; revolutionists who are confessedly constitutional; a National Assembly that wants to be omnipotent and always remains parliamentary; a Montagne that finds its vocation in patience and counters its present defeats by prophesying future victories; royalists who form the patres conscripti of the republic and are forced by the situation to keep the hostile royal houses they adhere to abroad, and the republic, which they hate, in France; an executive power that finds its strength in its very weakness and its respectability in the contempt that it calls forth; a republic that is nothing but the combined infamy of two monarchies, the Restoration and the July Monarchy, with an imperial label – alliances whose first proviso is separation; struggles whose first law is indecision; wild, inane agitation in the name of tranquillity, most solemn preaching of tranquillity in the name of revolution – passions without truth, truths without passion; heroes without heroic deeds, history without events; development, whose sole driving force seems to be the calendar, wearying with constant repetition of the same tensions and relaxations; antagonisms that periodically seem to work themselves up to a climax only to lose their sharpness and fall away without being able to resolve themselves; pretentiously paraded exertions and philistine terror at the danger of the world’s coming to an end, and at the same time the pettiest intrigues and court comedies played by the world redeemers, who in their laisser aller remind us less of the Day of Judgment than of the times of the Fronde – the official collective genius of France brought to naught by the artful stupidity of a single individual; the collective will of the nation, as often as it speaks through universal suffrage, seeking its appropriate expression through the inveterate enemies of the interests of the masses, until at length it finds it in the self-will of a filibuster. If any section of history has been painted gray on gray, it is this. Men and events appear as reverse Schlemihls, as shadows that have lost their bodies. The revolution itself paralyzes its own bearers and endows only its adversaries with passionate forcefulness. When the “red specter,” continually conjured up and exercised by the counterrevolutionaries finally appears, it appears not with the Phrygian cap of anarchy on its head, but in the uniform of order, in red breeches.

The coup d’etat was ever the fixed idea of Bonaparte. With this idea he had again set foot on French soil. He was so obsessed by it that he continually betrayed it and blurted it out. He was so weak that, just as continually, he gave it up again.

The army itself is no longer the flower of the peasant youth; it is the swamp flower of the peasant lumpen proletariat. It consists largely of replacements, of substitutes, just as the second Bonaparte is himself only a replacement, the substitute for Napoleon. It now performs its deeds of valor by hounding the peasants in masses like chamois, by doing gendarme duty; and if the natural contradictions of his system chase the Chief of the Society of December 10 across the French border, his army, after some acts of brigandage, will reap, not laurels, but thrashings.

When I started recording the dates when Sweden’s death toll from COVID-19 exceeded round thousands, I did not foresee the project continuing into the next year. But here we are.

I used to set the dates when I noticed Swedish media report them, but I’ve now gone to FHM’s stats page and got them from there.

This has led to some reshuffling - especially on Jan 6 2021 which now has its own tally.

This table has also been updated.