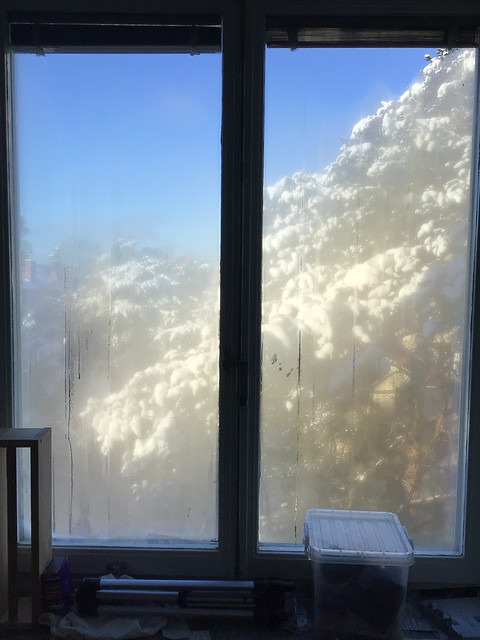 Our long international nightmare is over (for now)

For four years, I have managed to avoid to hear all but a few sentences spoken by the late unlamented 45th president of the United States. I don’t know if I’d managed four more years.

Trump is of course just the symptom, not the disease, and he’s just the tip of an iceberg of stewing resentment and irrationality. I’m not convinced today’s and tomorrow’s leaders have what it takes to melt it. Perhaps it will all be boiled away like life itself when the planet heats up.

Simple chart showing the number of days between every 1 000 deaths, and the average deaths per day.

I’m a bit fired up after Advent of Code, so thought I’d start by picking off some “easy” recent PE problems.

My first brute-force attempt found a solution after 4.5 hours, but access to the forum showed much smarter solutions so that’s what I’ve added to the repo.

Also a coup or something in the US…

This was a good year, in my opinion. It was a return to the 2015-2017 era, before the unfortunate experiment in collective puzzle-making in 2018, and the “armature” of the intcode puzzles in 2019. These were fun, and impressive, but if you missed out on doing them there was ~45% of the puzzles gone.

I managed to solve all puzzles before the end of the year, with a personal score of 48 out of 50, which is the best I’ve done since 2016.

AoC has grown hugely, even compared to last year. Here’s how many solved both parts of day 1 and day 25 (essentially solving every puzzle):

Favorite puzzle was probably day 20, where we had to do some image recognition. I didn’t finish this on the day it was released but had some fun polishing it later.